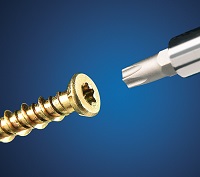 StarFix fasteners are designed for quick and easy installation, requiring only a 6mm or 6.5mm pilot hole through the frame, reinforcement and brickwork before the screw can be driven into place. This saves times as there is no need to drill to accommodate a plug or anchor and plastic waste is reduced too – a hot topic for consumers at the moment.

Sticking, scraping and binding friction stays could be a thing of the past thanks to the development of the new LFG low profile screw by window and door fastener specialist Rapierstar.

Following a comprehensive 12-month trial with several major fabricators and distributors across the UK fenestration sector, Rapierstar is extending the roll out this pan head fastener, which is specifically designed to attach friction stays to PVC-U frames. LFG was developed by Rapierstar at its NPD and technical centre in Cheshire in combination with a leading friction stay manufacturer in response to feedback from across the industry, but it has the potential to deliver better casements for fabricators using any hinge brands.

Specialist fastener advice from Rapierstar on choosing the correct fabrication screws, and applying them in the right way, is helping window and door fabricators to maintain and improve their health and safety performance and eliminate accident risks.

‘Health Check’ audits offer a comprehensive review of and advice on the usage of fabrication screws throughout the manufacturing process, and provide valuable insights into where production operatives could be risking serious injuries as a result of poor component choice. 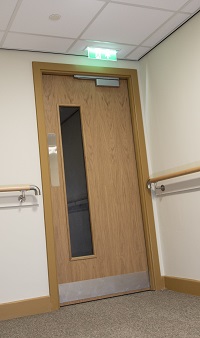 Rapierstar’s specialist technical support has played a key role in helping West Port to achieve high performing fire rated door-sets, by eliminating the risk of failure during testing as a result of the incorrect choice and application of fasteners.

Rapierstar, which is the UK’s market-leading supplier of window and door fasteners, is recommending that fire door manufacturers follow West Port’s lead and not overlook the major role that these smallest of components play in a door-set’s structural integrity, durability and long term quality. West Port door-sets offer outstanding performance in either 30-minute or 60-minute options, providing installers with a trusted fire protection solution. 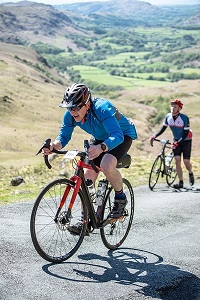 Paul Balfe, Technical Consultant at Rapierstar, has completed one of the toughest challenges for amateur cyclists, fulfilling a long-held ambition and raising funds for MacMillan Cancer Support, the North West Air Ambulance and several other charities.

Covering more than 115 miles in around nine and a half hours and climbing 3,500m, Paul took part in the 2019 Saddleback Fred Whitton Challenge, one of the most popular sportives in the UK which is famed as being particularly difficult. The route around the Lake District starts at Grasmere and takes in climbs of Kirkstone, Honister, Newlands, Whinlatter, Hardknott and Wrynose passes, ranking alongside European events such as the Marmotte in terms of difficulty.

With a recent BBC news report highlighting numerous failures in flood doors which were fitted into Cumbrian homes as part of a major flood resilience programme, Rapierstar is advising flood door manufacturers and installers to seek specialist guidance on the types of fasteners being used to ensure long term performance promises and customer satisfaction not compromised.

Flood doors are rapidly establishing themselves as a crucial product for making UK homes more flood resilient, in line with government strategy to cope with the increasing risks of flooding as a result of new building developments on flood plains and sea level rises.

Setting the standard for investment and innovation in the window and door industry, the new 2,500 sq. ft. facility, located within its head office complex near Macclesfield, will be the first of its kind by a UK fastener supplier in the sector. The expertise and resources available here will also help fabricators to manufacture more efficiently and profitability whilst staying compliant with the latest technical and legislative standards. 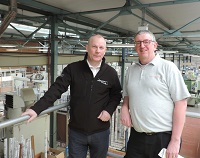 Trade customers of Stevenswood are benefiting from assured fastener quality in both the manufacture and installation of windows and doors thanks to a total supply chain partnership with Rapierstar.

Having supplied a wide range of its high performance StarPVCU screws to Stevenswood’s window and door manufacturing operation Polyframe for more than three years, Rapierstar is now supplying its StarFix range of plug-free masonry screws and StarTurn universal timber screws to the company’s rapidly expanding network of trade counters. This gives Stevenswood customers complete assurance that only superior quality fasteners are used in the manufacture of the windows and doors supplied by Polyframe and for installation, thus eliminating fastener risk across the board.